We officially welcomed the First Day of Spring 🌦 and with it above freezing temperatures. I've been watching the snow and ice recede, the days get longer and I'm starting to think about the ice coming off the lakes. Yeah, I'm a little eager. 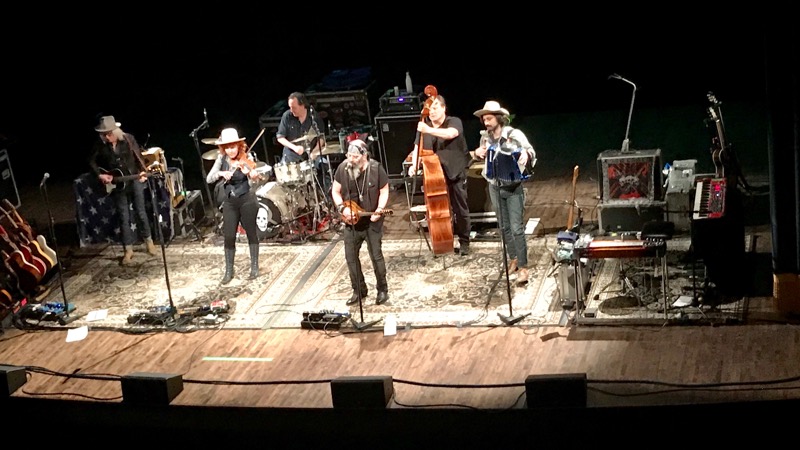 Steve Earle and the Dukes toured to celebrate the 30th Anniversary of Copperhead Road.

Due to some issues with Pinboard today, most of the links aren't grouped into sets as they usually are. The groups will be back next week.

This looks like a very good cross platform notes management solution. I like that it stores it’s data in archive friendly open formats.

I use Linea Sketch and this is a great dive into using tech in a very analog, and creative, way.

Brief reminder of what true dialogue really is.

Dialogue is essential to solve the large problems of a multicultural, global society, he adds. Finding a new way to talk, think, and act together makes it possible to talk across our differences and invent new directions for the future.

This topic reminded me of The Most Human Human, which is a very fun read.

12 Things Everyone Should Understand About Tech | LinkedIn
www.linkedin.com

Impressive and well thought out list of 12 key drivers that push technology forward.

Even those of us who have been deeply immersed in the tech world for a long time can miss the driving forces that shape its impact. So here, we’ll identify some key principles that can help us understand technology’s place in culture.

I wonder how many of these would be surprises to most people. 🤔

What do we make of the trend that those that know the most about technology, and the people that build many of the privacy stealing social platforms, take great efforts to protect their privacy?

Here’s exactly what we should make of it… They are right.

Patrick Rhone with a good reminder on differentiating prioritization from capacity. This sentiment is true of any finite resource. You have a certain amount, and you have to prioritize what you use it for.

I've been blocking all Facebook properties for years, so I don't need to be convinced, but this is a solid breakdown.

And therein lies the problem for Facebook. Not only is the product bad, but the company is in a deep state of denial about it. Mark Zuckerberg and other top leaders believe they are making the world a better place. The labor market for the kind of talented engineers that Facebook needs to hire is robust enough that you can’t compete on the basis of money alone — they need to believe that Facebook is a decent, honorable place to work. But in fact, Facebook is bad. And it probably can’t be fixed.

New languages are always fun to read about.

Eve is a programming language and IDE based on years of research into building a human-first programming platform. From code embedded in documents to a language without order, it presents an alternative take on what programming could be - one that focuses on us instead of the machine.

The "code" here looks bonkers to me. 🤷‍♂️

It's a crash. Not an accident.
www.crashnotaccident.com

Words do matter. Using "crash" to push for a solution, versus a random accident is interesting. As an aside, I correct tech people when they say a computer crashed. Crashed is a non-technical word, that implies unknowns. Computers have specific failures, not generic crashes.

What an interesting idea!

You'll create a special URL which you'll then embed in your secret place. If a thief steals your secret and accesses the URL, we'll immediately send you an alert so that you'll know the secret has been stolen, and you'll learn the IP address and User-Agent of the attacker.

The Last Conversation You’ll Need to Have About Eating Right
www.grubstreet.com

Ask us anything at all about diet and nutrition and we will give you an answer that is grounded in real scientific consensus, with no “healthy-ish” chit-chat, nary a mention of “wellness,” and no goal other than to cut through all the noise and help everyone see how simple it is to eat well.

Outline - Making it safer to break the news
getoutline.org

Google deserves some credit for the work they are doing to help news and journalism activities online.

Not surprising that Salesforce bought Mulesoft, they were the preferred integration platform for Salesforce. They are going to make this the initial framework for Integration Cloud, which will be a new offering from Salesforce. This space is worth keeping an eye on.

Overview of all of the missteps Facebook has had recently.

Seemingly not an hour goes by these days that I don’t open Techmeme and see some ridiculous headline related to the latest Facebook faux pas. At best, the mistakes are eye-roll-inducing. At worst, they’re jaw-droppingly awful. And there are plenty in between which are just some combination of boneheaded, cringe-worthy, tactless, or tasteless.

I would suggest that their frequency of issues is because they have no grounding ethics or principles. They lurch from issue to issue with no "true north" regarding their customers, their users and their principles. Just stumbling around.

Interesting overview of how Braintree evaluated and ultimately chose to use GraphQL for their published API's.

The previously mentioned benefits would be enough to make a reasonable case for adopting GraphQL on their own. Our biggest surprise, however, was how perfectly suited GraphQL is for powering an orchestration layer.

GraphQL forces you to cleanly separate logic for retrieving data from logic that composes this data and presents it to the user. You write code for the former and your GraphQL framework handles the latter.

Already did that, a while ago. By the way, life without Facebook is totally fine. Go ahead, don't worry about it.

This should surprise nobody, but I hope it does. When I was building apps on Facebook I got to see how easy it is to get this amount of data from people. It’s shockingly simple.

Learn all about graph theory!

D3 Graph Theory is project aimed at anyone who wants to learn graph theory. It provides quick and interactive introduction to the subject. The visuals used in the project makes it an effective learning tool.

It’s interesting to see how JAMstack development is evolving and this feature from Netlify to build AWS Lambda functions right into your site deployment is really interesting.

A Day in the Life of MARLON BUNDO
betterbundobook.com

This is a brilliant response to the other Marlon Bundo book from Last Week Tonight. 👏

How to Read the Internet
robinrendle.com

If you are curious about how I read and find information online, read this article from Robin Rendle. I get a tremendous amount of value from my feed reader. And I love that there is no profit generating algorithm in between me and my sources. 👍

I have a lot of admiration for Redis and the solutions around it. I did some light coding with Redis and it is very easy to understand and use. This new module system to make Redis more extensible sounds interesting. Here is a graph database built in Redis.

How The World Forgot To Sleep
www.esquire.com

The book Why We Sleep, referenced here, is on my list to read (Tammy read it a while back). I’ve learned to respect sleep. I also routinely take REM Caps, which are a mix of melatonin and 5HTP, both also referenced in this article. Being more mindful of our sleep patterns is a good idea. 😴

Four key points to understanding the Site Reliability Engineer role and how it relates with DevOps and Cloud.

Endearing exploration of the routines of Ichiro. If you build your existence around one thing, this is what it looks like. ⚾️

WikiTribune is a news platform that brings journalists and a community of volunteers together. WikiTribune just got funded and I became a backer. I've been impressed with Wikipedia and am excited about Jimmy Wales and team focusing on the news ecosystem. I am very curious to see how they realize these objectives. I've previously thought about how news can be reinvented. I focused more on the open source model instead of wiki, but either way I feel like a fundamental rethink is possible! Let's see how they tackle this. Become a supporter today!

This app does a great job of smoothing your weight data and showing you your trend versus any specific data point. It also does a very nice job of breaking bigger goals into smaller steps. This pairs really well with HealthKit, and if you have a scale that integrates with HealthKit it all works like magic.

Delta website shows 708,984 lifetime miles for me. I’ll probably hit that Million Miler status in a few years. Don’t know how I feel about that. 🤔

Still thinking about today’s awesome lunch at Tori Ramen with @patrickrhone. The Bali Bali! was amazing. The conversation was good too. 😁

Shredding paper like I work in the White House. 🤣 Backordered the better Marlon Bundo book. Made me chuckle that it’s on back order.

Getting crushed in UNO this morning. 🤪